The week of August 20-24th was a big holiday here in Turkey as this marks the five day Hajj pilgrimage to Mecca in Saudi Arabia and pretty much all businesses, schools, banks and government agencies were all closed. 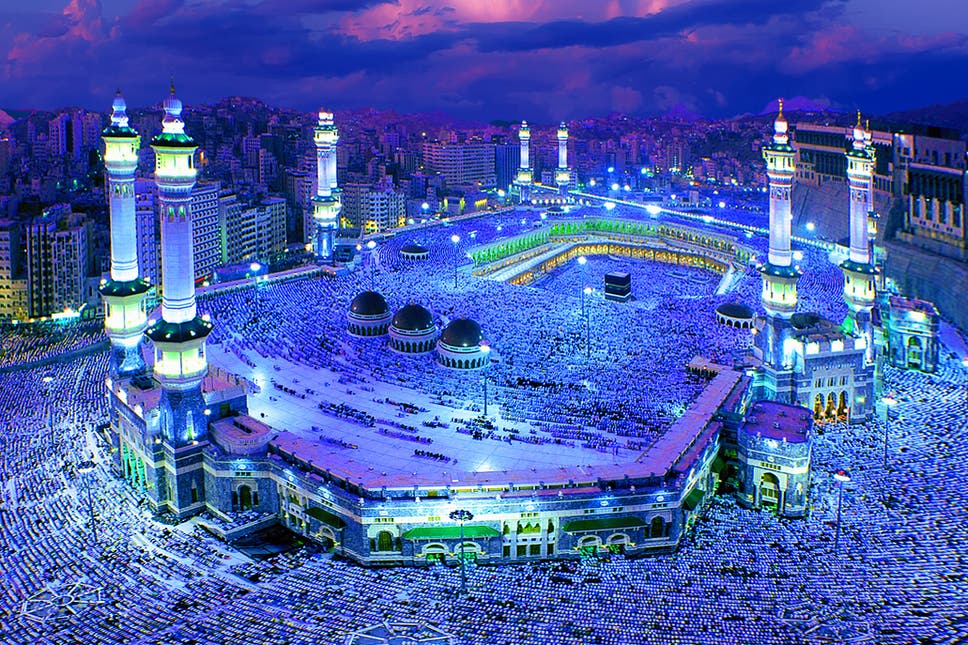 We found this Q&A on the hajj pilgrimage to be very informative and provided a very good overview of the history and details of this important set of events and customs in the Muslim world.  There is a lot of historical overlap with the Christian and Jewish history  as the rites of hajj are believed to trace the footsteps of the prophets Ibrahim and Ismail, or Abraham and Ishmael as they are named in the Bible.

As you can see in the picture above of the cube shaped Kaaba in the upper right area in the center of the the Grand Mosque in the Saudi Arabian city of Mecca it must be an amazing experience to be part of the re-enactment of the various activities around Mecca itself.  Things were much more subdued and more life as usual here in Antalya.  As we read up on the history and details of this week long series of events we wondered how those who lived in very densely populated urban areas such as here in Antalya follow some of the typical practices of this week.  In urban areas this is a time when families gather for this holiday week and the final days of hajj coincide with Eid al-Adha, or the festival of sacrifice, celebrated by Muslims around the world to commemorate Ibrahim’s test of faith. During the three-day Eid, Muslims slaughter livestock and distribute the meat to the poor.  As we understand it some of the meat stays with the family that owns the animal’s owners and the rest goes to the community who look after distributing it to the less fortunate in the area.

This all traditionally takes place on the Tuesday of the week which happens to be the day of the weekly fruit and vegetable market where Christine does most of our grocery shopping each week.  But this week they shifted the market day to Monday and sure enough as we were bicycling over to the Mediterranean beach near us last Tuesday we rode by the big covered area where the market is centered and could see that people had brought quite a few sheep to this area in the back of their trucks. 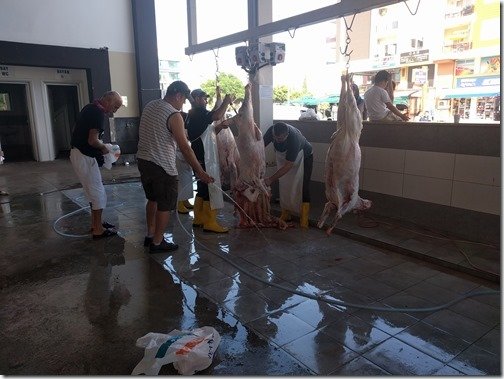 We stopped to check it out and were able to catch just the end of the whole process which as you can see was mostly down to the skinning and butchering of the sheep and then distributing this to community organisers and people in the area. 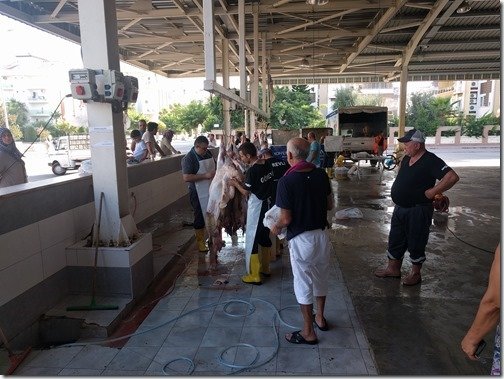 Very fascinating and we will be sure to get there earlier next year so we can experience the whole event and buy some very fresh lamb to enjoy afterwards.

Christine and I used this pause in the building of Möbius as an opportunity to explore more of the areas around Antalya and thought you might like to see some of the sites we visited.

I first came to Turkey for about a month back in 1982 on my BMW R100RS and my wife Diana on her R80T motorcycle, when I was teaching at the Canadian DND or Department of National Defense schools in Germany.  One of my most vivid memories was visiting the famous travertine terraces on the hillsides of the town of Pamukkale. 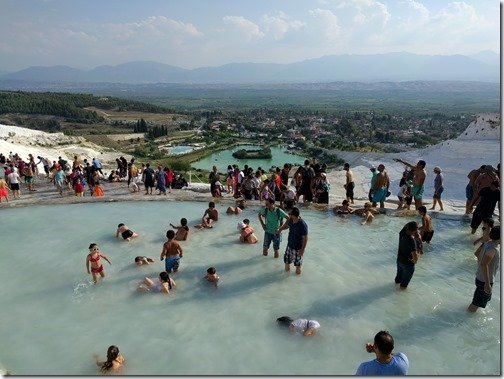 As you can see Christine and I were not the only ones wtih this idea so the pools were a bit crowded but we were able to find places to get some of these more open shots. 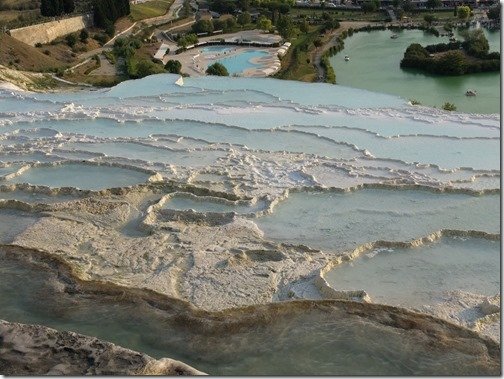 Christine found us a great little pension hotel right in the middle of the town of Pamukkale which is about a 3 hour drive North East from Antalya and we had a fabulous time cooling off in these other worldly pools and exploring some of the ruins and the museums from the past Roman and Ottoman empires. 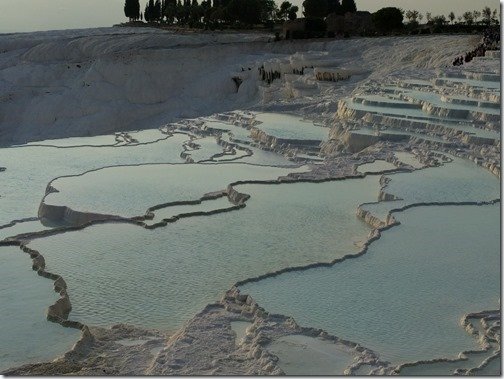 These naturally formed pools are most alien looking but oh so very beautiful. 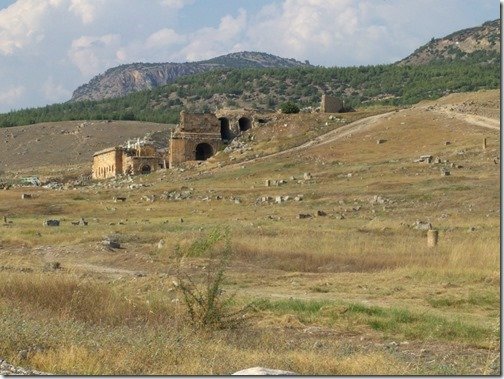 Above and behind the rock faces with all the travertine terrace pools were these remains of the Roman baths from a few years back and there were also a series of museums with artifacts from this area as well as an ancient pool area where the original mountain mineral stream still runs through and you can swim along some of its length and cool off. 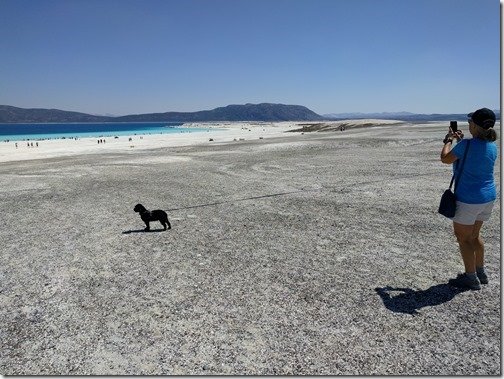 The next day we drove about an hour and a half South and West to another geographical wonder that is a crater formed Lake Salda in Burdur province. 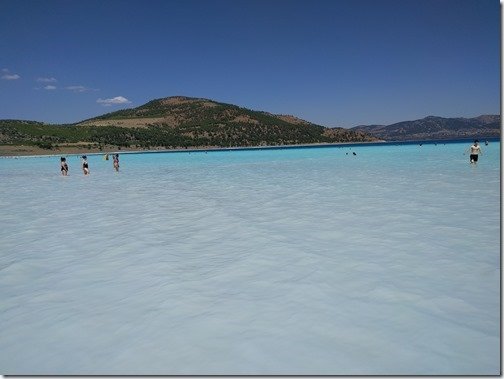 Ruby and Barney enjoyed being back on a beach and being able to cool off in the crystal blue waters and we did too as it was a very hot day.

The sugar like white sand combined with the mineral rich waters gives the lake this very ocean like appearance in spite of it being a relatively small crater lake in the middle of the mountains. 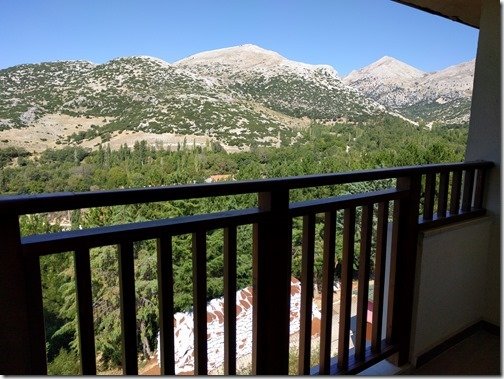 About an hour’s drive West from Salda took us to Christine’s real find of the trip, the Sagalassos Lodge & Spa.  This is the view looking south from our room. 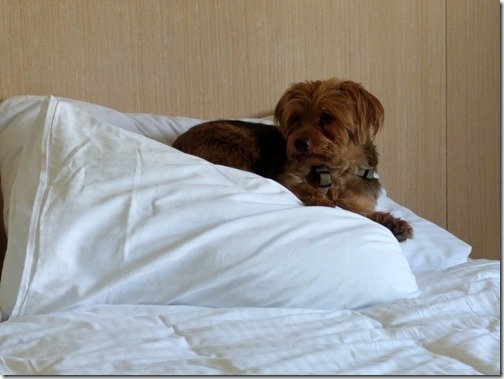 We enjoyed time in the pool and later the included and delicious Turkish buffet, while Ruby and Barney enjoyed their air conditioned room and well pillowed bed. 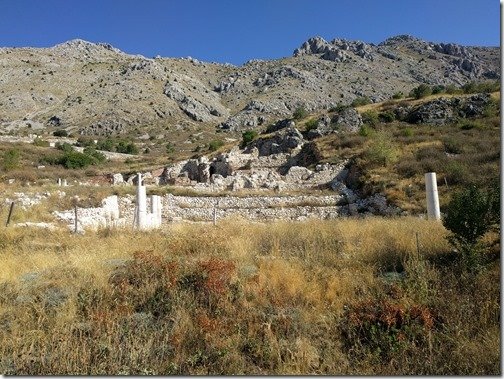 Next morning after enjoying the included breakfast at the Lodge and when it was a bit cooler we drove a few kilometers up the small gravel road from the lodge to see the archeological site of the ancient city of Sagalassos which is one of the best preserved ancient cities in Turkey.

Human settlement goes back to 12.000 BC.  Other parts of its history are unknown until 334 BC. when Alexander the Great arrived and sacked the city.

In 518 AD city was struck by a horrifying earthquake. It was rebuilt, but then another earthquake happened in the 7th century. It destroyed the city’s water resources so it was abandoned. 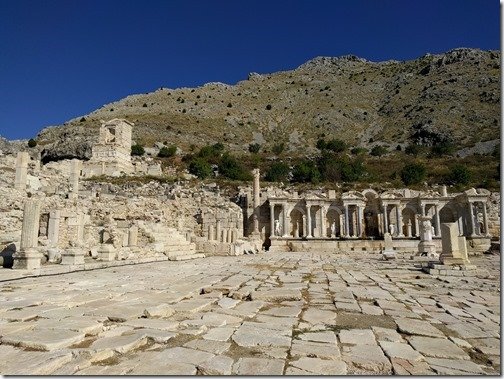 As is so often the case in our experiences wtih such sites in Turkey, we were the only ones there other than the 40 or so archeologists from several universities who were all busy working at digging out more items, cleaning and cataloging them and putting them back in their original locations and structures. 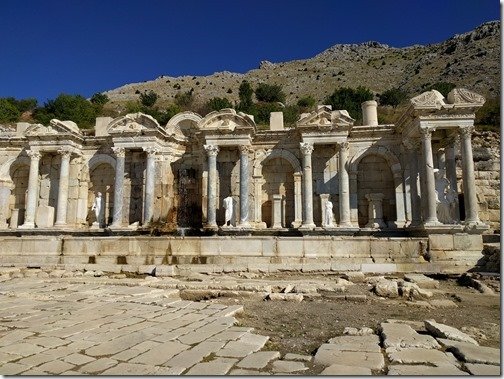 In spite of being hit by several major earthquakes in the past, this Roman fountain and square have been put back together and was impressive to walk around.  The original mountain sprint still feeds and fills the trough at the base of these arches and columns. 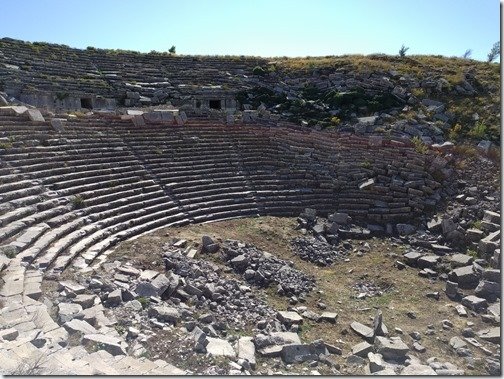 We hiked up the hill to the right of the town square to see the theatre which has not faired quite as well since the earthquakes and has not yet received the attention it deserves but was still impressive to see.  Being in such places I always find it fascinating to think that I am sitting on the same spot where some theatre attendee sat hundreds of years ago. 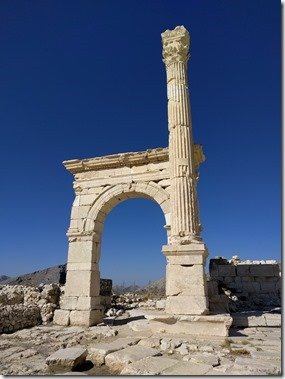 While much work remains to be done they have already pieced many of the major items such as this column and arch back together. 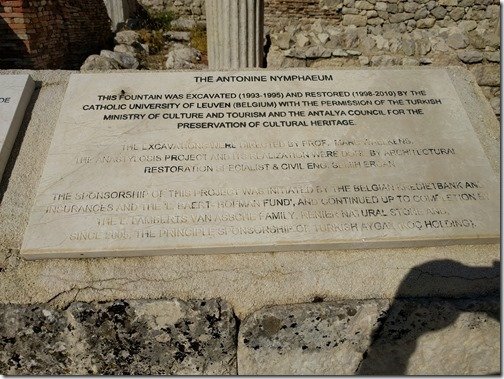 As awemazing as all this was, the most special moment for me was reading this small plaque.  One of many spread throughout the site, explaining that this site has been excavated and restored by the Catholic University of Leuven, Belgium.  Mildly interesting to most but I know this University VERY well by its native name of KU Leuven because it is where my dearest and unfortunately departed friend Professor Erik Duval was the head of the KU Leuven Human Interface Department.  A very moving experience for me.  I miss you my friend.