Flying high over a magical world 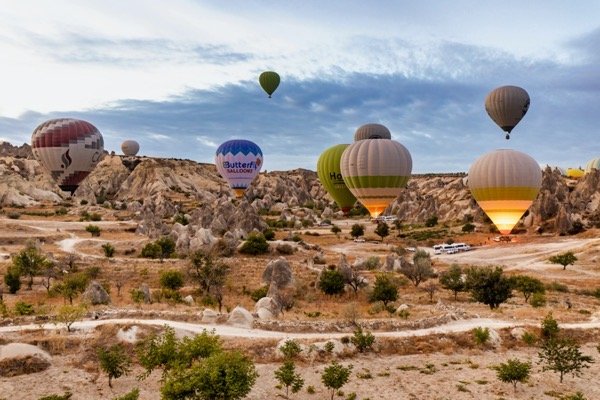 As Wayne mentioned in his blog this week, we took a couple of days away from the boatyard to see one of Turkey’s most visited and photographed regions: Cappadocia, famous for the unique “fairy chimney” structures on the landscape, cave dwellings, and the underground cities first built by the Hittites around 3000 BC, and enlarged by the Byzantine Christians, the Romans, the Ottomans, and used by the Turks as food storage until they were discovered by archeologists who made several into museums.

I had started to be afraid that we would never get our chance to visit this magical place before leaving Turkey, but a surprise visit by friends made us decide to take the risk in these unsettled times. We didn’t want to go in a hot air balloon with over 20 strangers, but we were able to make a reservation for four people and a pilot. 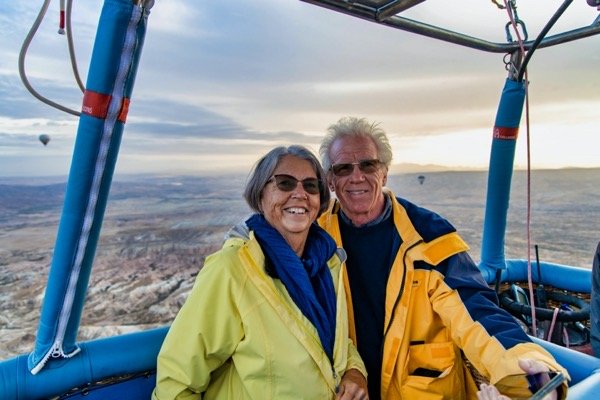 We were visited by our Swiss friend Philip, whom Wayne has known ever since they first met in Ecuador while single handing their very different vessels: Philip was aboard his Outremer 43 catamaran Blue Bie, and Wayne was on his Bruce Roberts Custom 52′ steel cutter, Learnativity. Throughout the next ten years, they would meet up in some corner of the South Pacific. And we had the much anticipated opportunity to meet our friend’s partner, Nancy, a fascinating American woman who met Philip at the end of her two year stay in Vanuatu with the Peace Corps.

After a couple of days of local sightseeing around Antalya, we flew on a very short direct flight to Kayseri, the city with an airport closest to the Cappadocia region. There we picked up a rental car and drove for an hour to get to our hotel in Göreme, one of the small villages where there are cave hotels. Some of these are actually in caves, while most are just designed to look like caves. There are several other small towns spread among valleys in this stunning region, each known for something different. 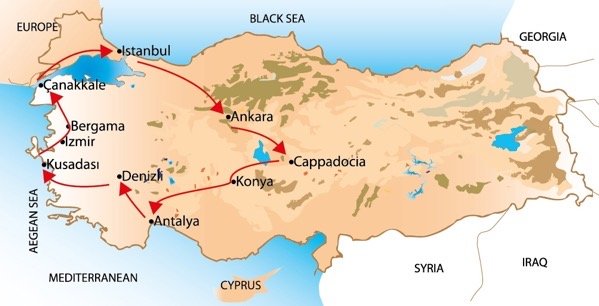 The reason this landscape has grown into this eery Middle Earth like place is because of Mount Erciyes, the highest mountain in central Anatolia, with its summit at 3,916 meters. I saw a huge mountain out the airplane window as we approached the airport at Kayseri, and I suspect it was the volcano that erupted thousands of years before mankind settled in the area. 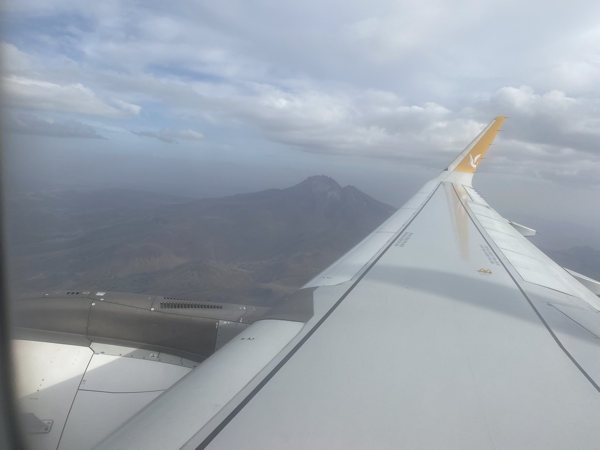 Several eruptions over the centuries rained thick layers of ash down more than 100-meters deep on the area we know as Cappadocia. The ash hardened into something called tuff, which is a very soft stone. Sometimes the different layers would have more hard stone in them. The oddly shaped towers came about because one layer would not erode and it would form a little hat or roof on top of the column of softer tuff, protecting it from the rain. 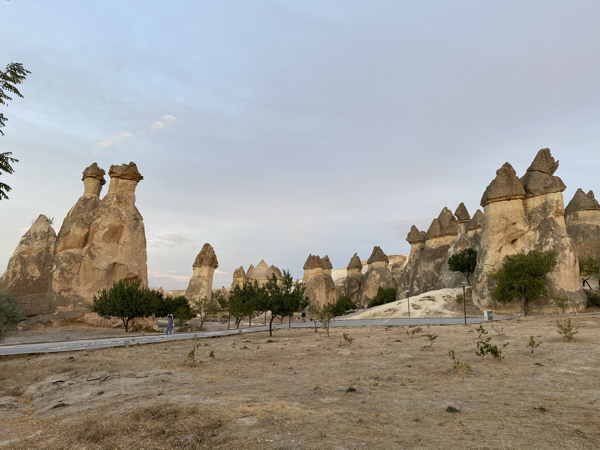 And yes, one of the valleys in the region was named Love Valley by a Frenchman because of the resemblance between these towers and a part of human anatomy.

So the best way to show you the stunning beauty of the area is to take you along with us on our balloon flight. And you won’t even have to get up at 5:00 in the morning like we did!